Life Highlights:
Marrying my wife (1998), whom without in my life, nothing on this website would have been or be possible
Having (two) and adopting (one) child and watching (with pleasure and sometimes pain) them grow up
Creating businesses from which myself and others have made substantial livings
Sleeping for a week on a glacier, ice climbing 14,000′ Longs Peak, running three half marathons and one marathon
Traveling with my wife – and oh the travels we have had… and are going to have
Buying my first sailboat – s/v Exhale – docked in Norfolk, VA
Buying my first yacht – also named Exhale – docked in St. Pete, FL
Circumnavigating, by kayak, the largest island on the largest lake, in the world, Isle Royal National Park

Top Secrets:
People say I am an extrovert, but I have only a few close friends
My feelings are hidden down deep… I’m like an onion
Few people can say they truly love their work… I am one of them
When it comes to ice cream, it’s only vanilla for me
I am an artist… OddTodd is my pseudonym
OCD plagues my mind, so if you see me counting things, it’s ok, just making sure everything is there

My Story:
I’ll start my personal story as a teen, a story that eventually becomes the story of Fat Atom, aka Plan B Marketing. Born and raised in a small town in Northern Indiana, my life revolved around school, sports, work… and Atari, of course.

The list of jobs I had as a teenager was extensive: multiple fast food gigs, gas station attendant (I just dated myself) and factory worker. By the age of 15, I was working to put gas in my care and other necessities. School was never important to me, it was something that I had to do. I was a slightly an above average student, less the string of D’s in science and accounting (go figure).

Off to college, because that is what I was “supposed” to do. Shocker, I only lasted a year. Back to fast food, I needed money! Ah, KFC management program, something I could do, and liked that is, until I burned a batch of chicken, what a bad day. On my way home from said day, I stopped by the local Uncle Sam recruitment center and joined the Army… yeah, just like that. I agreed to a 4-year deal that would allow me to drive a tank in Germany. Really, a tank, every man’s dream! Well, that soon changed to Morse Code Interceptor in basic training (more money) and off to Massachusetts I went. Hawaii was my next stop, and although it was only for a couple of years, it was the most influential period in my life. Leadership, responsibility, respect – these words started to mean something to me. It’s never easy to grow up, but that’s exactly what happened on that island. Fast forward to July of 1992, I left the Army with a wife, young son and a decent job opportunity in sales.

People often debate whether a person can become a salesperson or if you naturally have it. I believe the answer is both, and I excelled in sales. Five years selling diesel fuel supplements then six months selling life insurance and I should have earned a bachelors degree in sales… at least it felt that way for me! Then I went off to get my MBA, selling vinyl fence railing and decking for 5 years for a great company with a passionate leader.

Unfortunately, I didn’t stay at that company. One day the VP of Sales told me that he paid me to do the job he wants done, not the one I could do for him. It was at that moment I knew I needed to be my own boss. Two months later, I left and opened a fence company with a great friend, and after a year of that, sold my portion to him. I was off to join my wife’s company, Creative Indoor Advertising, selling ads in bathrooms… was I crazy? Not at all.

Her business started in 1999 after she was downsized from her employer. You see, she was the smart one, having attended school for 4 years, then another 3 years to get her Masters. She was a Mental Health Therapist (MSW) and she loved her work… but after the downsizing, the story goes that I convinced her to be her own boss and she started our “out-of-home” advertising agency, Creative Indoor Advertising (CIA) was a hit.

In 2001, I didn’t really have a clue about business. Our little company grew to almost 500K in yearly sales and 12 employees, but we were rarely in the black. We brought on a 50/50 partner in early 2005, hoping she would help us grow the business to profitability, but in September, we sold the balance of our ownership to her and decided to part ways. In the deal we received one employee and the small internet marketing/graphic design side of the business, Plan B Marketing was born.

I forgot how hard starting over was. In the fall of 2005, we landed a national client (Hardee’s) that helped propel our little company for the next 18 months, but when they left us due to an internal position change, we were devastated. I decided to leave our business and go to work for “the man” and refill the bank account. Our little business was on life support, but at least it was alive! In 2008 I jumped back into the business full time and never looked back. It was the dawn of the CMS website and social media was in it’s infancy. We were in the right place, at the right time, with the right team.

In 2008, Plan B had a salesperson that replied to an RFP of a large worldwide company headquartered in Chicago. They wanted a new website and we wanted to build one for them. Unfortunately, so did another company called ‘Plan B The Agency,’ and after some buyer confusion and a letter from their attorney, we decided to rebrand Plan B. My heart sunk, but we moved forward. The process of rebranding began and we jumped into throwing names around. Project X. Aces High. Exclamation Point Marketing. Fat Atom Internet Marketing. Invade Marketing. The last two names made the cut, and then once focused group, it became clear that Fat Atom Internet Marketing was going to be our new name. (The focus group consisted of my wife and two employees.) My daughter even helped with the early branding concepts, and I still have the journal with the process to remind me of our journey.

Fat Atom Internet Marketing evolved over the years. We dropped the “Internet” portion of our name as we thought that stereotyped our capabilities. Then we dropped “Marketing” to obtain a more ubiquitous status. The joke went, if we keep it up, we would soon be just FAT. In 2014, my wife and I sold a 10% equity portion in Fat Atom to two employees. We had hit a rough patch in the road, and we took that money and invested it right back into the business. The gamble paid off and 2015 was a great year. In 2016, the same couple purchased another 39% and we truly became business partners. In March of 2017, wanting to focus more on my family and not have the stress of running a multi-million dollar agency, my wife and I made the decision to sell Fat Atom to our partners. Leaving her in good hands (so we thought) was very important to me, after all, she was my baby. But from that decision, came Plan B… again. I sold the assets of Plan B, the name Fat Atom, marketing contracts etc, but kept the corporation, my VBE status and a handful of clients.

<2020 update> My business partners were allergic to money and could not figure out how to sell and/or service the amount of business needed to run/grow an agency. While on paper they were more educated that did not translate into business acumen. Still owing us 40% of what we sold the business for in 2017, the Jen and Adam Fox filed bankruptcy just 3 years after buying Fat Atom. I regret selling the business to them and wish I had a time machine to change my decision. 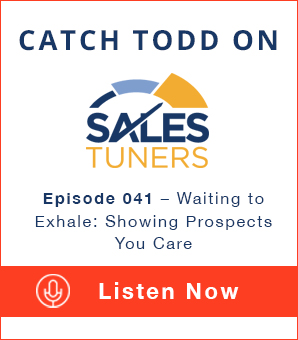