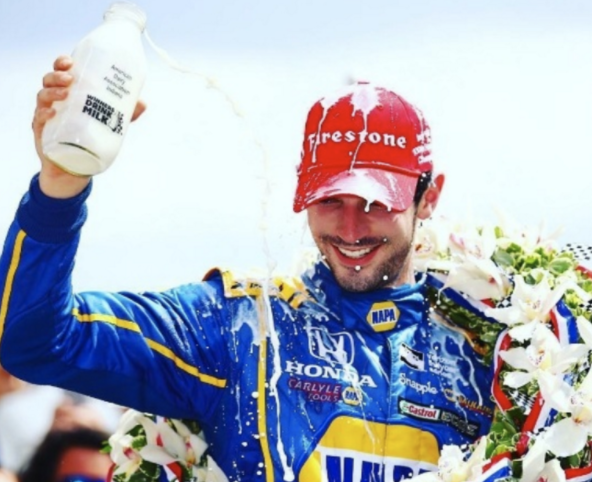 If you live in a cave and haven’t heard, Alexander Rossi, a rookie, won the 100th running of the Indianapolis 500. Not only is that a good story in and of itself, but it’s how he won that got me thinking.

With only 3 laps to go, the leaders of the race, Munoz and Newgarden, who had been battling back and forth for 10 laps or so, decided they needed fuel to complete the race. Rossi’s team decided he didn’t. Now, he did go into turn four at under 180mph and seemingly coasted across the victory bricks… but he did it before Munoz could catch him.

Rossi, who at one time in the race was in position 33, had to have this type of conversation with his crew chief.

Rossi – “I’m getting low on fuel, I don’t think I can finish without pitting.”

Crew Chief – “The leaders just pitted, if you come in, you have NO chance at all of winning. If you stay out, you have a chance… What do you want to do?”

The rest they say is history. Just after crossing the finish line, Rossi’s car died in the back stretch and the first time winner had to be towed to victory lane. Anything can happen in professional sports!

If he would have pitted, he had NO chance to win. None. If he stays out on the track, it can go one of three ways.

With that being said, why not stay out? You have to wonder, why did Munoz and Newgarden pit? If either one of them stays on the track, they might have been drinking milk and cashing a huge check… living in glory as the winner of the greatest spectacle in sports racing. But they did pit, and they did lose.

Here was my epiphany watching those events unfold on Sunday. Playing it safe isn’t always the best choice. If your situation is bleak, like Rossi’s was, the only way to win was to take a chance. Sure, it might backfire and you flame out, but what happens if it works? What happens if by some improbable chance you succeed… well, this happens.

Want to read what Munoz was thinking after the race, click here: http://bit.ly/20VCiTa

Want to see a video recap of the race? Fellow SAE brother, Curt Cavin gives you the scoop here: http://indy.st/1WtaZkG